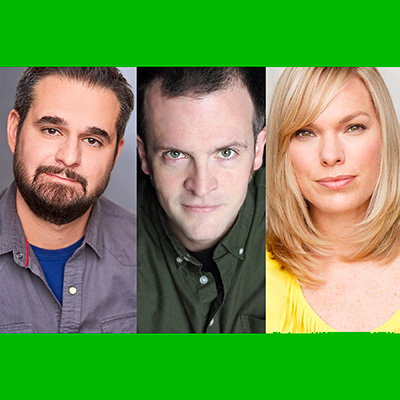 Directed by Ensemble Member Siiri Scott
March 31 – May 8, 2022 at The Chopin Theatre

Irish Theatre of Chicago is pleased to return to the Chicago stage with Brian Friel’s moving play Molly Sweeney, directed by Ensemble Member Siiri Scott, playing March 31 – May 8, 2022 at The Chopin Studio Theatre, 1543 W. Division Street in Chicago. Tickets go on sale shortly at www.irishtheatre.org. The press opening is Saturday, April 2 at 7 pm.

Blind since birth, Molly knows the world through touch, sound, taste and smell. When her hopeful husband and ambitious doctor propose restoring her sight, everyone begins to understand things may not be as they appear. Brian Friel, Ireland's master storyteller, brings us a riveting contemporary drama about the unexpected consequences of a medical miracle.

COVID protocols: To ensure the health and safety of artists, audiences and staff, proof of vaccination and masking is required at all performances. These protocols are subject to change based on evolving guidance from Actors’ Equity Association, the City of Chicago, the State of Illinois and the CDC. 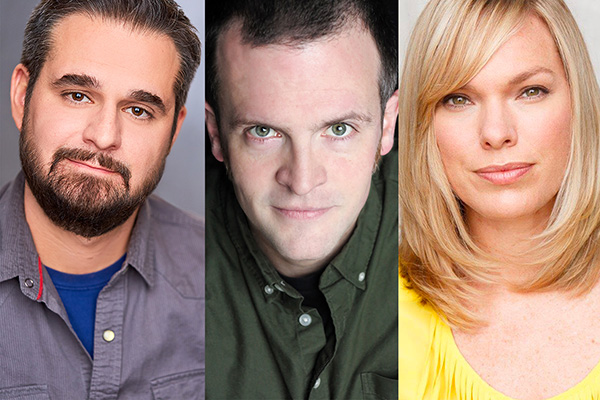 CREATIVE BIOGRAPHIES:
Brian Friel (Playwright) wrote The Enemy Within (1962); Philadelphia, Here I Come! (1964); The Loves of Cass McGuire (1966); Lovers (1967); Crystal and Fox (1968); The Mundy Scheme (1969); The Gentle Island (1971); The Freedom of the City (1973); Volunteers (1975); Living Quarters (1977); Aristocrats (1979); Faith Healer (1979); Translations (1980); a translation of Three Sisters (1981); The Communication Cord (1982); an adaptation of Turgenev’s novel Fathers and Sons (1987); Making History (1988); Dancing at Lughnasa (1990); The London Vertigo (1991); an adaptation of A Month in the Country (1992); Wonderful Tennessee (1993); and Molly Sweeney (1994). Dancing at Lughnasa premiered at the Abbey Theatre, transferred to London’s West End, and then went on to Broadway, where it won three 1992 Tony Awards, including Best Play. The play has been performed around the world, including national tours in Ireland, England and Australia. His plays have been performed extensively in Dublin at the Abbey, Gate, and Olympia theatres, and in many West End theatres in London. New York productions include Philadelphia, Here I Come! (Helen Hayes, 1965); The Loves of Cass McGuire (Helen Hayes, 1966); The Mundy Scheme (Royale, 1969); The Freedom of the City (Alvin, 1974); Faith Healer (Longacre, 1979); Lovers (Lincoln Center, 1986); Aristocrats (MTC, 1989); Dancing at Lughnasa (Plymouth, 1991); Wonderful Tennessee (Plymouth, 1993); Philadelphia, Here I Come! (Roundabout, 1994) and Translations (Plymouth, 1995). In 1992, Faith Healer was revived by King’s Head Theatre, London, and transferred to the Wyndham in the West End; and A Month in the Country opened at the Gate Theatre in Dublin. Molly Sweeney opened at the Gate Theatre and transferred to the Almeida Theatre in London. Born in Omagh, County Tyrone, in Ireland in 1929, Mr. Friel began writing short stories for "The New Yorker" in 1959 and subsequently published two collections: "The Saucer of Larks" and "The Gold in the Sea." His first radio plays were produced by the BBC, Belfast, in 1958. In 1989, BBC Radio devoted a six-play season to his work, the first living playwright to be so distinguished. He co-founded Field Day Theatre Company in Derry, Ireland, where Translations, The Communication Cord and Making History premiered.

Siiri Scott (Director) is the Head of Acting and Directing at the University of Notre Dame. After over 25 years in the classroom and multiple teaching awards, she trains advanced students in acting, voice, dialect and movement and teaches international masterclasses on acting pedagogy. She received her MFA in Acting from The Theatre School at DePaul University before she began working professionally. An actor and director, she has worked in regional theatre and television in Chicago, Milwaukee, Seattle and Los Angeles. Siiri is a member of two theatre companies and performs Japanese Noh with Theatre Nohgaku and directs/produces with Irish Theatre of Chicago. She directed the Jeff-nominated production of My Brilliant Divorce, The Weir and Pineapple for ITC, and she produced the Notre Dame tours for the company. A classically trained performer, she keeps herself in the game as a voice actor and works on both commercials, installations and educational software, and is an award-winning narrator of over 80 audiobooks. Publications include the chapter "Vulnerability in Performance" in The Pedagogy of Vulnerability and she is co-editing an anthology for Routledge, titled “Stanislavsky & Race,” which examines inclusivity and equity in the training and application of the Stanislavsky System in the U.S. and abroad.

Irish Theatre of Chicago (formerly Seanachaí Theatre Company) is supported in part by The Richard H. Driehaus Foundation, the Illinois Arts Council, The Arts Work Fund,The National Endowment for the Arts, and The Grainger Foundation.